Should comment restraint be resisted when reciprocity is at stake?

Sometimes a particular comment I see when perusing around blogs sparks off a torrent from me in return.

This happened when I came across a commenter who wondered whether it was seemly to provide feedback immediately on a newly visited blog, or whether this form of reciprocation was inappropriate within such a short introduction period.

There’s no reason to be shy

There is no need to treat interaction on blogs the same as a ‘first date’, when the reputation of the reader may be at stake if too much enthusiasm was shown towards the post. It seems that British online readers are hesitant to show their appreciation or even state their mind. They are quite happy to read blog posts, but very reluctant to leave any feedback that reveal how much they have enjoyed (or not) what they have just read.

Blogs (as part of social media) thrive on interaction, which includes comments, sharing, liking, reblogging and retweeting. This is the way the author knows he has a readership, gets to know whether he is writing the right kind of stuff, what his readers think of it and from the feedback is able to improve or adapt his style, content or choices of subject matter.

If you don’t ask…

It’s not vulgar to ask for comments at the end of a post. Sometimes this may be the tipping point towards getting any interaction at all! A call to action in the form of requesting a response to what has been written is perfectly acceptable, and this form of encouragement only adds to the relationship the author is trying to cultivate with his readers, who really ought to reciprocate.

Commenting is also seen as a continuation of the conversation within a blog post, which can only become more interesting to other readers (provided it is relevant and keeps to the point). This activity is also picked up by the search engines, who view this interaction as an extension of content that can be suitably indexed. In fact comments stimulate algorithms in other social networking sites such as Facebook, resulting in a much larger reach than would be obtained otherwise from a lonely update.

It works both ways…

Reciprocation is very much in the hands of whoever gives it out, but it does show a kind of altruism from the donor. Interaction is a form of networking, and networking works best if it is based more around the process of giving rather than taking. It shouldn’t be formed on the proposition of once a certain good deed has been done, there instantly should be some sort of return. Even so, the blog’s author ought to at least acknowledge any comments or interaction he gets arising from his post in an appropriate manner. This may result in a respectable to-ing and fro-ing conversation expected within social networking practice.

A comment should provide added value to the post it refers to, giving positive, forthcoming and constructive information that contributes to the subject matter. It should not be merely a ‘Nice post’ – in fact comments with fewer than 10 words could be marked out as spam by such automated systems designed to weed out inappropriate responses.

Biting off your own nose…

Restraint due to politeness based on the idea of not coming forward on a first visit to comment is a wasted opportunity. There is no way of guaranteeing the visitor will become a regular reader of the blog, which would then ‘qualify’ him to comment on other posts. If a particular piece of writing suitably stimulates him to leave a comment, stopping himself from having his say on a particular matter that he know more about, or feel an occasion to respond to it, because it is ‘too soon’ is ludicrous. He would have missed this option to create a connection with the author and his niche, let alone the chance to link back to his own blog through the process.

It is no good being reticent in pursuit of interactive tendencies, when the opposite should be the norm. Look at our cousins on the other side of the pond, always falling over themselves to leave comments on blogs and within social media. Perhaps we should take a leaf out of their books, to make the blogosphere a more forthcoming place. After all, nothing will grind to a halt if a comment is made, whereas it most certainly could if one was not!

8 tips on how to connect with your blog readers

Example of a barrier to commenting on blogs

How commenting can transform your blog’s performance

How commenting helps with SEO for your blog

Some facts about leaving comments on blogs you need to know

Are you lucky enough to know who your loyal commenters are?

Check out these blog posts about me: 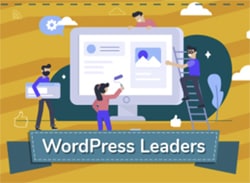 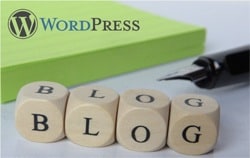 “If you are looking to start blogging or to get your blog looking better then Alice is the answer to your prayers. Her explanation of blogging is simplified for all to understand and her warm and encouraging personality perfect as her role as Fairy Blog Mother.” Issy Wiggins-Turner

“If you’re thinking of taking the plunge with blogging and/or WordPress Alice is brilliant at demystifying the concept, understanding your needs and holding your hand through the process with lots of cheerful aftercare.” Alice Prier – Where 2 wear it

“Alice has a practical attitude to blogging which is refreshingly free of techno speak. Her motivational approach comes from a deep understanding of why blogging is important, plus she has the great virtues of being patient and friendly as well.” Jean Wolfe, Creative Spark Communications

”Hi Alice, I really appreciate you unraveling the mess I got myself into with my Homepage. Your lovely way of explaining it to me in an easy to understand way, makes it is a pleasure working with you. Thanks a million.” Doreen Gowing - Doreen Gowing Hypnotherapy

OMG you are amazing! I can see difference already when I Google myself and already queries are coming in! I'm going to tell everyone in my network! Siobhan Young, WellStyled

“If you want to “get” blogging then speak to Alice. She understands how and why you should do it, how it can impact on your business and is good at getting it across to clients.” Alison Whistler

"Alice understood my concept from the outset and delivered exactly what I wanted well within the agreed timescale. In addition, her WordPress tuition was thoroughly engaging, informative and enjoyable.” Lindsay McLoughlin

"Thank you for your sharing how to delete the comments box at the bottom of each page. I was trying to understand how to do this for a couple of days, and lo & behold your page appeared in the search results.  I couldn't believe how simple it was." Dan Rosandich

Alice is one of those rare people who can explain a paragraph of complex technical data in one brief English sentence. She has put together Slideshares of simple instructions which even I can understand. A really friendly and most generous ‘techie'! Jo Sandelson – Heir Raising blog

“Alice is extremely easy to do business with. I would definitely recommend her to anyone else who is thinking about starting a blog but not sure where to start or how much it will cost.” Sue Jackson – Working Numbers

“Alice is very passionate and knowledgable about her subject and takes you through creating what you need with ease. No techie and confusing language – just understanding the clients needs and recommending the best course of action.” Deborah Law

I needed some help with a blog design and setting up the technical side of things. I read some of Alice's blogs, watched a couple of videos and was impressed. After a chat on the phone I knew she was the person to get me started with blogging. Jill Creighton, http://www.thejoyfactor.co.uk