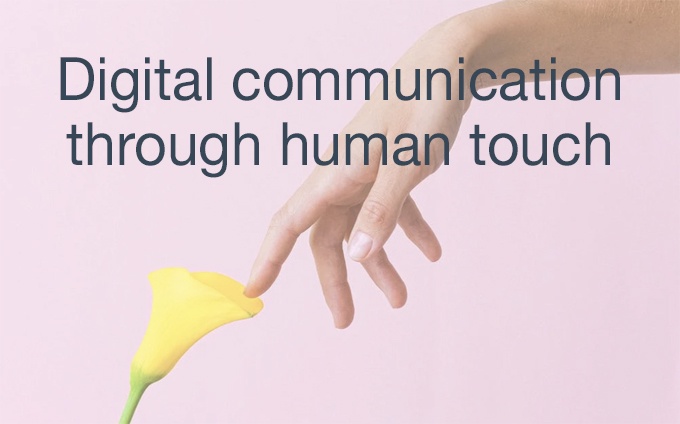 Generation X grew up dreaming about the day when they would be able to use a computer. Children these days learn how to unlock smartphones and play games on them even before they can talk or walk.

From old bulky computers to sleek devices almost the size of notebooks, technology has undoubtedly come a long way since the 1970s. And it has only gotten stronger with time. The question is – to what extent can technology evolve to make our lives better, faster and easier?

Engineers from Pursue University in Indiana, USA, have brought forth a new technology which can transmit digital information through human touch. That means you may not need a smartphone or any device as such anymore for digital communication. Instead, all you need is your fingertip. Let’s learn a bit more about this technology, its impact and how it works.

“Internet within the body” from human touch

These engineers designed a prototype to show how our body can act as a link between a device such as a smartphone and a scanner or reader. They proved it is possible our bodies are capable of transmitting information by touching a surface.

Who came up with the technology?

The prototype they designed couldn’t transfer money yet. But, it is the first technology which could transmit information through human touch.

Let’s consider a watch to be a prototype. While wearing this watch, you can send online information like a password or a photo to your laptop just by touching the surface of the laptop. This is exactly what the researchers demonstrated in their new study.

Where is the study published?

How does this technology work?

Here’s how the technology works:

What is the significance of this technology?

2020 apparently broke all records in terms of data breaches and cyber attacks on companies, individuals, and governments. Cybercrimes are on the rise since the pandemic struck and more than half of the population resorted to digitisation.

Sen’s technology, however, shows potential in protecting your data. Here’s how:

Remember when you were locked out of your hotel room, and you forgot the key card inside? With Sen’s technology, human touch is enough to grant you access to the building.

You must have seen or even used machines that scan coupons, codes, gift cards, etc. With this technology, you only need a surface which has been programmed to read signals from your fingertip.

How was the experiment conducted?

I have simplified the experiment procedure for your better understanding. Give it a read:

No matter how much you try to transfer a photo to your laptop by hovering or waving your hand over the device, it won’t happen. It is because the electrode on the surface needs your direct touch to transfer the data.

Could you use human touch within your technology?

The technology hasn’t yet gained full momentum. But, considering its potential, we can expect it to be implemented in our real lives and change how we interact with devices today.

You need to wear software such as a watch or even a smartphone which will send signals throughout your body to the fingertip. The devices will also have an option which will let you switch off the transmission whenever you like.

Clara Smith is a web developer at a reputed firm in the United States. She also provides essay help to students at Allessaywriter.com. Clara loves to spend time with her family whenever she is free.

Alice Elliott has been explaining blogging to beginner bloggers for almost two decades, specialising in using ordinary, everyday language to make the process as simple as possible so that anybody can understand.

A beginner’s guide to understanding marketing

10 blogging tips to ensure maximised social shares for your posts

4 lead generation tools to grow your business in 2021

What you need to know about customer relationship management

Popular
Recent
How to take away the comment boxes from your blog’s pages 42 comments
What stops people from commenting on blogs? 17 comments
20 ways how to get more comments on your blog 17 comments
How commenting can transform your blog’s performance 14 comments
Why you should blog instead of clean your house 13 comments
com versus org: which WordPress to use 13 comments
What is the difference between blogging and micro-blogging? 12 comments
Hanging out with your target market! 12 comments
When is a comment not a comment? 11 comments
To comment or not to comment, it’s all about interaction 10 comments
9 strategies for making money online using a blog 21 July 2021
A beginner’s guide to understanding marketing 16 July 2021
10 blogging tips to ensure maximised social shares for your posts 15 July 2021
How digital marketing affects consumer behaviour 14 July 2021
4 lead generation tools to grow your business in 2021 28 June 2021
What you need to know about customer relationship management 26 June 2021
Digital communication through human touch 25 June 2021
4 ways to take your digital marketing strategy to the next level 9 June 2021
Reasons to choose white label mobile apps 4 June 2021
3 things you must know about launching a brand in 2021 3 June 2021