How video content can be useful on social media 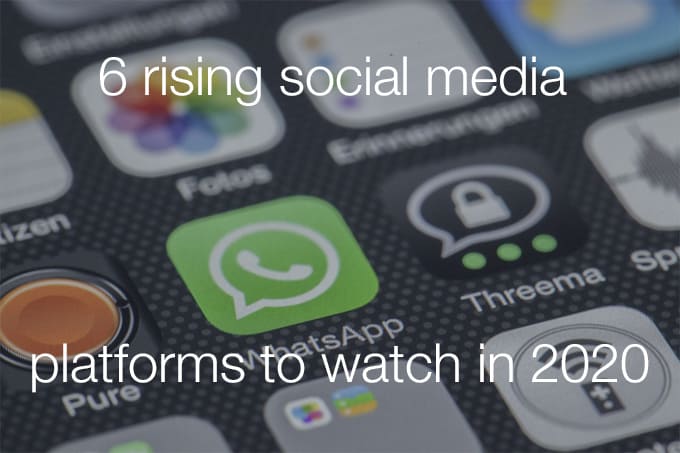 Every year comes with a fresh start. If you’re part of the Gen Z and millennial circle, you’re probably excited to witness what comes next with social media platforms.

As the world turns digital, almost everyone is agitated to welcome something new, entertaining and unique to try.

Curiosity is the main reason why modern people do not stop evolving various apps and sites. Some discoveries are well-planned while others are serendipitous.

In this digital era, everything is fast-paced. You need to know the trend to keep pace with the community.

To divert your attention more about these trends, let’s start doing some takeaways from these famous apps and social media platforms.

Have you seen the people doing a 15-second fast video on the internet? Well, you might be wondering how they can able to come up with those contents. From kids to adults, the popularity of the Tiktok app has become steadily increasing.

This app has enthralled 1.5 billion people around the globe in just 3 years. The Byte Dance company designed it to promote virality, creativity, and entertaining videos. Generally, it has built-in licensed music from international artists, and it has less emphasis on vanity metrics.

From the standpoint of the SEO agency, Tiktok has built its name over time. With its popularity, this app can upgrade the current search engine optimisation into a multi-level marketing strategy.

Using this app, it stirs up the mind to create unique, never-before-seen, and amusing videos. No doubt why Tiktok claimed the number one spot in the rise of the social media platforms this year.

A fusion of the Tiktok videos and Facebook theme images, Lasso is the second trending app this 2020 year. With its various camera and video effects, it makes the content livelier and more amazing. Just like the Tiktok, you may also create a 15-second clip.

To sign up with this app, you should first have a Facebook or Instagram. Well, it makes sense because Mark Zuckerberg himself is also the founder of this application.

Thereafter, it will automatically link to these social media platforms. You can use Lasso to create stories on Facebook or upload an Instagrammable photo.

By using this tool, it helps unleash your creativity, imagination, and uniqueness. You can be proactive in the community by sharing your entertaining videos or witty pictures.

Furthermore, Lasso’s algorithm worked well with the SEO, the users can tap the hashtags to view the linked content. This app can be greatly used for both social media and marketing purposes.

When it comes to being both famous and infamous, Vero has gained its popularity with its amazing contents plus shady features. First, let’s have a breakthrough with what Vero is all about.

Have you imagined if Facebook and Instagram fused into one? Well, that’s how Vero is. Moreover, this is the only app that has no ads and users are free to do whatever they want.

Ayman Hariri’s envisioned Vero as a social media app that uses low data with quality contents. He remarked that they’re aiming for a community that allows people to connect across the globe.

However, this app is still new to the market from its 2018 launched. Although the Founder and his company, are fixing the technical issues of the app, many users are still using the Vero for their quality content. Perhaps, in the mid of this year, they can able to bring back its spot into the limelight.

During the fame of the blockchain-based apps and cryptocurrencies, there is a private Google-like site that came into existence. As founded by Daniel Larimer around July 2016, the Steemit was created and made its influence in the modern social media.

This way it will draw the reader’s attention and they will promote your content through likes and upvotes.

However, you need to sign up and wait for weeks before being approved. In rare cases, some users must wait for months before being accepted by Steemit. Since we are speaking of digital currency, many people might ask, “Is the Steem currencies convertible to actual cash?”.

As an exciting part of this app and if you had read this article all the way here, I may say that yes. You can earn real cash via Steemit. However, you need popularity and an app converter to make this happen.

Caffeine just emerged out of its two-year beta version. Now, it is competing with the Twitch and gaining popularity with its hybrid content. Its user interface is like a combination of Spotify and Netflix.

Keighran foresees that this app will soon be popular in the Sports and Entertainment industries as well. His goal is to persuade more creators and viewers of the contents. As data becomes an undepletable asset, Keighran believes that this app will continue to aspire content creators in the future.

Most people around the globe know Facebook. Since its release last February 2004, it successfully becomes a long-established company and an undefeated social media platform. Although the newly discovered applications reigned over the trends, Facebook doesn’t even consider them as a threat.

Aside from being just merely a social media app, Facebook has experimented with several features beyond the decade. Now, you can use Facebook to connect with the Market and watch live sellers who offer their products and services.

You may also join their Instant Articles especially if you’re a content creator for blogs and writing stuff. For gamers, Facebook has also launched its Gaming Creator and the users may receive payments from their successful and entertaining contents.

This app can also help you in running ads and publicise your company or shops worldwide. This idea is beyond the human imagination. Who would ever think that Zuckerberg and his team managed to come up with this app? Well, there is more to expect and learn as it keeps on grinding in the digital world.

As we look forward this 2020 year, these applications and social media platforms had already given us goosebumps. Since it’s just the start of the year, we are still anticipating more to happen.

There are still hidden and undiscovered apps which are being tested for launching. Let’s further await and keep an eye on these social media applications.

There is more beyond the features of the Tiktok, Lasso, Vero, Steemit, Caffeine, and Facebook. Find time to discover it and share us your experience.

Joel House is a founder of Joel House Search Media which provides Sydney SEO Services. His Passion towards Organic SEO and Google Adwords makes him more special. He ensures one thing above all is to keep quality. It will ensure that the client gets the best ROI and SEO.

Check out these other awesome posts:

How video content can be useful on social media

Ultimate guide to outsourcing your digital marketing in 2022

How to boost website visibility fast – an informative guide

Please let us know what you thought about this post: